Did You Know That Penicillin Was Created By Mistake? 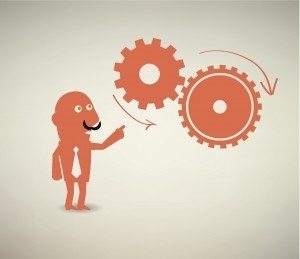 Many of society’s most well-known inventions were simply created by mistake. Over the years inventors and scientists have made famous mistakes whilst seeking solutions to problems unrelated to the products they ended up creating.

In fact, this has happened more times than most people realize.

Knowing this makes you wonder just how certain products were eventually conceived and created. For instance, how in the world did someone think of the slinky, or silly putty, or potato chips?

If you’re like so many other entrepreneurs who are contemplating creating your own product or service that you can promote and sell freely in the marketplace, take heart. Don’t stop experimenting or using your imagination because as you will discover, often the best products are created by mistake.

5 Mistakes That Turned Into Success

What he was trying to make: This is one of the most famous scientific discoveries made by mistake. Ironically, Fleming was searching for a “wonder drug” that could cure diseases. However, it wasn’t until Fleming threw away his experiments that he found what he was looking for.

How it was created: Fleming noticed that a contaminated Petri dish he had discarded contained a mold that was dissolving all the bacteria around it. When he grew the mold by itself, he learned that it contained a powerful antibiotic: penicillin.

What he was trying to make: A meter designed to monitor power on naval battleships

How it was created: Jones was working with tension springs when one of them fell to the ground. The spring kept bouncing from place to place after it hit the ground, and the slinky was born.

What she was trying to make: Regular chocolate cookies

How they were created: While mixing a batch of cookies, Wakefield discovered she was out of baker’s chocolate. As a substitute she broke sweetened chocolate into small pieces and added them to the cookie dough. She expected the chocolate to melt, making chocolate cookies, but the little bits stuck.

What he was trying to make: A plate of fried potato.

How it was created: This is one of the most popular foods created by accident! One day a customer sent back his plate of potatoes many times and kept asking for them to be more fried and thinner. Crum lost his temper, sliced the potatoes insanely thin and fried them until they were hard as a rock. To the chef’s surprise, the customer loved them and wanted more.

What he was trying to make: During World War II, The United States government needed rubber airplane tires to make boots for soldiers, among other items. Wright was trying to make a rubber substitute out of silicon, since it was a widely available material.

How it was created: During a test on silicon oil, Wright added boric acid to the substance. The result was a gooey mess that bounced. Although no one could find any real use for it, it became a fun toy.

So, what is the moral behind these stories?

Each of the inventors above here had one thing going for them that distinguished them from other creators who didn’t achieve the goals they sought. Without exception, they all tapped into the power of tenacity. Or in other words, they “stuck to it” and although probably discouraged, didn’t give up and quit their pursuit.

And neither should you.

Successful people, like inventors, authors, artists and scientists, rarely attain that status by accident. It often takes blood, sweat, tears, and lots of failures prior to them enjoying the fruits of their labors.

Free Checklist: The Online Business Mistakes You MUST Avoid

Although grit and determination are required in the pursuit of success, as you’ve seen from the examples above, when it comes to developing products you want to take to market, don’t let discouragement get you down. This is because something created by mistake could very well lead to you developing and owning the rights to a breakthrough new product that will have the business and commercial world sitting up and taking notice of your “wow, I’ve got to have that” new product or service!

In the world of online business, you’re going to make some minor boo-boos and some cataclysmic mistakes. It’s all part of the learning process. But there are a number of common online business mistakes that you simply do not want to make as they will certainly lead to problems and not successes. Download my free checklist, Top 10 Mistakes in Online Business, and avoid the false moves and slipups that even veteran online entrepreneurs and bloggers make.